Despite making significant contributions to global economies through various activities, women remain among the world’s most economically disadvantaged groups. They are often disproportionately discriminated against in the labour market, contending with low skilled and informal jobs. They remain outside the ambit of financial inclusion, resulting in poor access to formal banking systems and credit. They are also curtailed by social and cultural barriers that force them to bear the brunt of unpaid work, preventing them from investing in their own wellbeing, and inhibiting their pursuit of economic opportunities.

Research suggests that investing in women’s economic empowerment (WEE) has important linkages with gender equality, poverty eradication, and inclusive growth. Evidence shows that increasing the share of household income controlled by women, either through their own earnings or cash transfers, translates into greater investment in children’s education, health, and nutrition. Additionally, women who have access to property and credit are able to ease hardships for their families during financial shocks. Lastly, women’s economic empowerment can have an overall positive impact on the country’s GDP growth and economic activity.

McKinsey’s 2015 ‘Power of Parity’ report suggests that raising India’s female labour force participation by 10 percentage points would bring 68 million women into the economy and increase the country’s GDP by $0.5 trillion by 2025. Other studies such as those by the International Monetary Fund also estimate a high increase in India’s annual GDP from assured economic participation of women. Yet, recent reports suggest that the female labour force participation rates in India have actually declined; there has been a sharp dip from 31.2% in 2011-12 to 23.3% in 2017-18, which can have severe repercussions for women’s economic empowerment in India.

Given the impact WEE can have on women’s lives and on the broader economy as well as societal welfare, it is important that this issue be given due consideration. While there have been several targeted attempts to improve the status of women in the economy by increasing their participation in the labour force, considering the many hurdles women face, it is important that such attempts be coupled with interventions to shift social norms and build a more supportive ecosystem to encourage women empowerment.

While there is broad agreement that societal structure and community norms strongly impact laws and policies in a country, the contrary is also true. For instance, studies have found that violence against women initially increased when women reservation in panchayats was introduced, however, after two to three cycles of elections, the violence not only stopped, but women’s participation in politics considerably increased. Another study found that reservation for women in panchayats, including for the position of the village head or Sarpanch, dramatically changed public attitudes towards women and the electorate’s perceptions of the effectiveness of women leaders. Exposure to women leaders also changed the aspirations of parents for their girls and the aspirations teenage girls had for themselves.

Such examples highlight the strong potential that policymaking holds for furthering the cause of WEE. Policies that further women’s agency, employment and encourage them to have decision-making powers over household finances and other factors of production can emancipate women from the restrictions of social norms, traditional beliefs and societal pressures. Additionally, a gender transformative policy environment can enable greater government transparency and accountability towards women. However, to use the policy lever effectively, we need to undertake a systematic analysis of the different policies that are in place, and the policymaking environment, so as to identify shortfalls, consider available evidence and make suitable recommendations.

It is important to acknowledge that this is not the first time that such a measure has been suggested or even initiated. While some efforts have been made in the past, evidence still remains fragmented. As a first step towards synthesizing and leveraging such evidence, there is a need to map the current policy landscape on WEE, including the government’s policy priorities and decision-making processes.

It is in the above context that this particular study has been undertaken. The primary objective of this landscape study is to map relevant schemes and policies at the state and central government levels that are closely aligned with the objective of promoting women’s economic empowerment in India. The study employs a critical gender lens to identify promising exemplars of transformative policies in terms of design features, implementation and estimated impact, based on a review of evaluations. In addition to this, it also highlights the gaps in the broader policy landscape of India, with respect to women, as well as in evidence.

Links to the study outputs 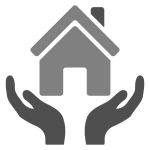 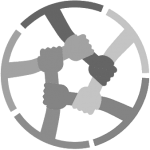 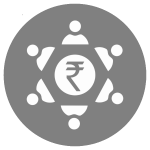 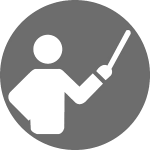 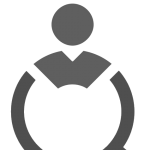