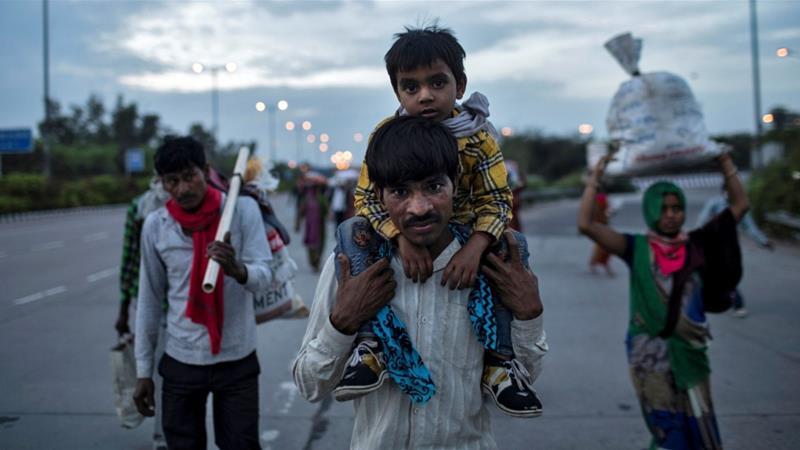 The prevalence of a large informal economy makes India extremely vulnerable to the socio-economic impacts of COVID-19. Displacement, poverty and malnutrition are some of the issues that will almost certainly result from the lockdown that has been put in place to contain the spread of the disease. While the lockdown is a move in the right direction, it is going to affect almost every industry, and worryingly, the most vulnerable people in each industry. Gig economy workers and daily wage labourers face huge losses as their work comes to a standstill.

The government, recognizing the potential fallout of the lockdown, has been prompt in announcing a bunch of measures to address the problem. These include relaxed compliance requirements for companies, lower taxes, medical insurance for all frontline workers and a large social protection package for at-risk populations, such as farmers, self-help groups, construction workers, widows, differently abled, and senior citizens. This is certainly a good move. However, the package announced by the government may not be enough to contain the impact of the lockdown, and many households may find themselves pushed deep into poverty by the end of this crisis. While India’s package, by the FM’s reckoning, totals 1.7 lakh crore rupees, it is still only 0.8% of India’s GDP. Compare this with the US that has announced a stimulus package of over $2 trillion. Of this, $500 billion (or 2.3% of US GDP) is in the form of direct payments to people to overcome the loss of income likely to result from the crisis.

But numbers still don’t tell the entire story. Many sub-measures announced by the government are simply frontloading payments that were already committed, or redirecting funds that had been budgeted for other welfare activities. Most transfers also ride on existing schemes and use the existing database of beneficiaries. While this will help in speedy implementation, it is likely to replicate the inclusion-exclusion errors of the existing schemes and may pose a threat to vulnerable populations that are currently not covered.

For instance, additional food grains and pulses will be distributed for free through the PDS system. While it is good to leverage the existing system, these disbursals are likely to be impacted by the exclusion errors in PDS beneficiary lists. A study published in 2019 estimates exclusion errors to the tune of 10% across six states, with states like Jharkhand showing exclusion errors of 24% i.e. 24% of otherwise eligible households do not have a ration card to avail subsidized grain from the government. To go around this, states like Kerala and Delhi have come up with the suspension of Aadhaar cards and ration cards until the lockdown is lifted, so as to include as many people as possible under the social protection measure. More states may need to do this too, to truly ensure that the most vulnerable are not left stranded.

The increase in wages of MGNREGA workers, although a great step, will only kick-in after the lockdown is lifted, because all construction work has currently been suspended for the 21-day period. At this stage, the government can only clear the currently pending MGNREGA dues which can help families by giving them more cash in hand. It appears that every financial year, from the third quarter onwards, funds for MNREGA start to dry up. As of January 2020, 91% of wages, involving 2.03 crore transactions amounting to ₹2,802.59 crore, were pending for the month. The problem is likely to have exacerbated in March, thus putting daily wage labourers at greater risk during the pandemic.

The government also announced cash transfers to all women-held Jan-Dhan accounts to help women run their households, however, this too comes with challenges. When introduced, Jan-Dhan accounts came with a facility that allowed account holders the option of availing overdrafts (to be automatically adjusted against money that is deposited into the account). For many women, if they used the overdraft facility, the government’s cash transfer may never become available. And even if it does, the amount may not be adequate.

With regards to the free cooking gas cylinders being given out under the Ujjwala Scheme, there are a couple of issues to consider. The original scheme design requires people to pay for the cylinder at the time of collection, and the money gets reimbursed in their account at a later date. This has been a problem for many because low-income households often do not have the cash flow to avail the benefits of the scheme; as a result, the uptake of refills under Ujjwala has been very low. If implemented in the existing format, the scheme is likely to face the same problem, and poor households will be unable to benefit from it.

For a country as large as India, and in the context of a crisis such a COVID-19, the government’s fiscal response needs to be stronger. COVID-19 is going to strongly hit the economy and affect the livelihoods of millions of Indians. While the lockdown may save people from succumbing to the disease, in the absence of a strong social protection response from the government, we will risk losing an equal number of lives to poverty.