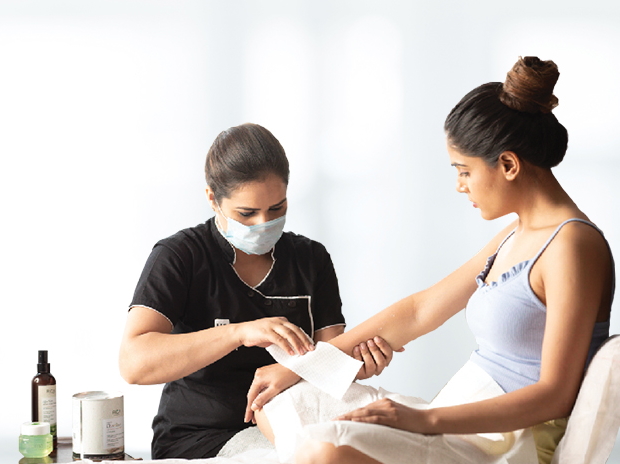 The Labour Codes’ provisions for gig workers are welcome. But more needs to be done to help women workers.

Among the labour code Bills passed in the just concluded Parliament session, the provisions regarding social protection for gig economy workers have been a topic of much discussion. The need for such provisions was felt acutely during the pandemic-induced lockdown.

As the country came to a grinding halt, gig workers were left without any economic cushion. Among them, women were further disadvantaged as a majority of them are engaged in occupations such as beauty and wellness that cannot be undertaken with social distancing. Many others also had to forego available work to take care of increased domestic chores.

India had recorded an exponential growth in its gig economy even before the pandemic hit the nation. It is now the 5th largest country offering flexi-staffing, according to a report by Invest India.

This sector is a big draw for semi-skilled and skilled labour, but especially for women. A recent report by IWWAGE supported by the Asia Foundation surveyed women working with a prominent gig platform in India and found that an overwhelming majority (nearly 85 per cent of the surveyed women) associate with the platform as it allows them flexibility in working hours.

In urban areas where there is a higher burden of unpaid care work and domestic responsibilities due to nuclear family structures, flexibility is a critical factor for women. The survey respondents also reported an average income of ₹1,552 per day, depending on the number of tasks performed.

This is significantly higher compared to a typical salon job (where average monthly income ranges between ₹8,000-10,000, with a relatively long average working day of 10 hours or so). Most of these salon jobs are also in the informal economy, operating outside of any formal social security net. Therefore, while 81 per cent workers surveyed were reportedly dissatisfied due to lack of maternity benefits, it is evident that for most women, platform work is a step better than their existing options.

In this backdrop of a growing gig economy, the new social security code has created legislative space for Central and State governments to announce schemes for platform workers. It proposes a National Social Security Board which will recommend suitable schemes relating to life and disability cover, accident insurance, health and maternity benefits, old age protection, crèche or any other benefits. Aggregators employing gig workers will have to contribute 1-2 per cent of their annual turnover, with the total contribution not exceeding 5 per cent of the amount payable to such workers.

These provisions are in line with regulatory developments across the world which can be categorised into three models.

First is a model proposed in California under which companies are legally obliged to classify gig workers as employees and provide the requisite benefits that go along with such classification. This has been met with a huge pushback from companies like Uber and Lyft, which threatened to shut down in response.

The second model is followed by the EU, which aims at ensuring basic rights in employment terms and conditions for gig workers without entering the independent contractor/employee debate.

The third model is more of a voluntary agreement on standards as envisaged by the Singapore government, wherein companies are nudged to provide facilities such as accident insurance and upskilling to gig workers.

As the government starts to mull over specific schemes under the social security code, it must find a middle ground between these three models and ensure an adequate level of social protection while allowing space for the growth of the platform economy.

Unlike developed countries, where platform work is more informal than the rest of their economy, in India, platform work is already a step towards formalisation and its flexibility is an attractive feature especially for women who may not be able to work otherwise.

A new report by the Fairwork Foundation suggests five principles using which social security and decent work standards may be designed for platform workers, including women. These include fair pay, fair work conditions (prevention from infection, and payment to workers if they fall ill), fair contracts, fair management (e.g. no loss of bonus or incentive levels despite temporary deactivation of workers), and fair representation (e.g. engagement with worker associations, including organisations representing women).

Building on these principles, the government needs to balance the obligations of aggregators and social protection offered by the state through other mechanisms. Schemes which put large onus on industry are likely to be met with pushback.

For a bigger state role

This is even more relevant for women; the ILO has noted that placing undue financial costs on women’s employers is unlikely to contribute to labour market equality. Therefore, the state must play a bigger role towards social security for women gig workers to create a level playing field. Apart from direct contributions towards insurance and skilling, the state should also consider building enabling infrastructure in cities such as crèches and childcare centres, the presence of which expands employment opportunities for women.

Often, a lack of a gender lens in policy design leads to unintended consequences. Gig economy is a sunrise sector presenting new opportunities for women; therefore, their welfare and opportunities should be central to the regulatory objectives in this context.

—
Soumya Kapoor Mehta is the Head of the Initiative for What Works to Advance Women and Girls in the Economy (IWWAGE), an initiative of LEAD at Krea University; and Aparajita Bharti is Founding Partner at The Quantum Hub (TQH), a policy research and communications firm.