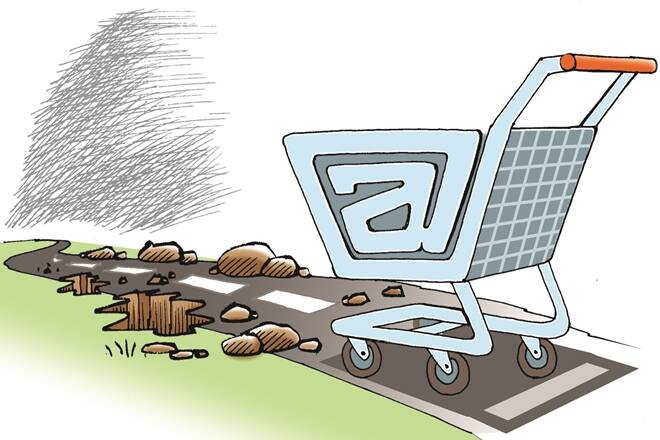 The emergence of a ‘leaked, unconfirmed’ National E-commerce Policy Draft earlier this month follows a string of dubious developments in this sector. To a keen observer of e-commerce regulations, it is not surprising that the draft emerged before the official announcement, given the government’s previous misadventures with the policy in 2018 and 2019. Both the previous drafts had to be rolled back due to serious pitfalls and strong criticism from domestic and foreign players, other ministries within the government, and small sellers alike.

One of the key criticisms of these drafts, among other things, was that they sought to expand the regulatory mandate to have a say in the areas that are already regulated by other entities. For instance, the 2018 draft covered corporate governance provisions such as control of Indian founders with minority shareholding over their companies, and the 2019 draft included provisions with regard to governance of personal data, even when the Personal Data Protection Bill was already under consideration.

Given the significant pushback on many fronts, the leaked 2020 draft steers clear of many problematic issues. However, the overall protectionist and interventionist tone evident in the 2018 and 2019 drafts has been retained. Without going into the specifics of how it might be implemented, the draft makes several references to the government’s intention of imposing forced information-sharing obligations on larger companies to develop the Indian innovation ecosystem and prevent the creation of monopolies.

Further, certain other clauses, especially the power to seek source code from e-commerce entities (which, given the way e-commerce has been defined in the draft, includes everything from B2C e-commerce entities to social media platforms and search engines as well as IoT devices), is bound to make investors in India very nervous. There is no reference to IPR laws/trade secret protection when talking about such disclosures, completely disregarding the industry’s incentive to innovate or the benefits to Indian consumers through such innovation.

The silver-lining in the current draft is the government’s focus on B2C exports for Indian sellers. Interestingly, foreign e-commerce platforms are referenced quite fondly for their efforts to get Indian MSMEs registered on their global platforms. However, the government seems to have ignored principles of reciprocity in trade, while hoping for foreign players to be engines of growth in B2C exports from India.

Such provisions of the draft, in fact, reflect the broader inconsistency in approach of the Indian government with respect to the e-commerce industry over the last few years. In 2014, the Prime Minister issued a clarion call for increasing foreign direct investment and made several trips abroad to canvass for the same, bringing in large amounts of investment in this sector. By 2016, the government had started coming under pressure from organisations such as the Confederation of All India Traders (CAIT) to check the market power of the e-commerce sector as a whole. India then became the first country to have different rules for ‘marketplace’ and ‘inventory-based’ models, and FDI was clearly restricted to marketplace models.

In 2018, fearing the WTO talks on e-commerce, the government then hastily constituted a think tank within the Ministry of Commerce to draft India’s e-commerce policy. Interestingly, the two biggest online marketplaces by market share—Amazon and Flipkart—were not invited to give their views when this policy was being drafted (Flipkart was included initially, but kicked out after its takeover by Walmart). Till then domestic start-ups under intense competition from foreign players had also banded together to form ‘India Tech’, which started pushing hard for the government’s protection to Indian companies. The 2018 draft, therefore, had bizarre clauses such as protection of rights of Indian promoters for e-commerce companies, outside of the provisions of the Companies Act as discussed earlier.

After the roll-back of this draft, a press note 2 (2018) was issued that aimed to placate trader associations till the time a second draft was prepared. The second draft (2019) of the e-commerce policy was released in the din of the general elections, with no time for a consultative process. For most industry watchers, it was more of a statement of intent to protect domestic players as well as the interests of small and medium businesses, messaging that was necessitated because of imminent elections.

The current version, i.e. the third draft, is admittedly a lot more balanced than the previous ill-conceived drafts. However, it achieves this balance by not going into too many details. This allows the draft to retain its pro-domestic industry stance, while kicking thorny issues down the road to the proposed e-commerce regulator. Interestingly, this draft does not get into the nitty-gritty of pricing and discounting—a key sore point for small traders. Instead, it seems to take a more information disclosure-based approach to check unfair trade practices.

Overall, unfortunately, in this atmosphere of ‘atmanirbharta’, this policy does little to build confidence among foreign investors in India. It seems that while India wants capital investment, it is unwilling to cede any space to the entities that are willing to invest, not even a stable regulatory environment without the fear of policy concessions being reversed. What is worrying is that a lot of FDI was brought into India citing favourable government support, but that is now being increasingly reversed under pressure from domestic lobbies—a development that has wide ramifications for the Indian economy, even beyond this sector.

The question that faces the Indian government is whether it believes that India is self-sufficient even in terms of capital investment (many economists would disagree)? Unfortunately, the latest e-commerce policy draft suggests that the government has still not been able to resolve the conflict in its thinking.