India does not spend enough on its young people. It is their opportunities that have been constricted the most by the pandemic.

For an economy ravaged by the pandemic, the 2021 budget is going to be of critical importance. The spread of coronavirus and the uncertainty around its containment has affected the revival of economic activity and disrupted labour markets. Unemployment is at a high of 7.8 per cent in November with youth unemployment exceeding 20 per cent. Educational institutions have not convened physical classes in over 8 months and vocational education/skilling opportunities have gone defunct. No wonder then that these issues have taken centre stage in policy discourse and become key rallying points in elections — the mobilisation around jobs, skilling and social security in Bihar elections is a case in point. The youth, in particular, has been at the forefront of this mobilisation. It is their opportunities and life chances that have been constricted the most by this pandemic. 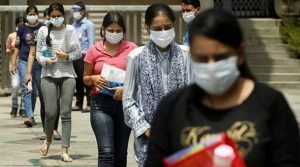 If anything, the pandemic has highlighted the need to build the resilience of the youth and to place their concerns at the centre stage of policy discussions.

While the government has taken several measures over the last year to address some of these challenges, a lot remains to be done. The pandemic is still far from over and India’s institutional focus on its youth has always been relatively weak. An analysis of the last five Union budgets shows that India spends less than 4 per cent of its annual budget on youth-focused schemes, and the proportion of funding allocated to these schemes has declined in recent years. This is despite the fact that India is home to one of the youngest populations in the world; more than a third of India’s population will be in the age group of 10-34 by the next year.

The spending on higher education has been concentrated in highly selective autonomous institutes, such as IITs and IISc, while that for skilling and vocational education has contracted over the last five years. This is odd given that the government has been focusing on bridging the skill gap in India. Only a small percentage of young people in India pursue degrees in higher education, and a minuscule number get to enrol in prestigious colleges and universities. Most either drop out and enter the labour market directly or look to pursue vocational education/skilling programmes to up-skill themselves for the job market. Government estimates suggest that we need to up-skill upwards of 300 million youngsters to make sure they are gainfully employed. Yet, India’s biggest skilling programme, PMKVY (Pradhan Mantri Kaushal Vikas Yojana) with an average annual budget of Rs 3,000 crore aims to skill only 10 million individuals over 2016-2020. The problem is compounded by an overall decline in the skilling budget across ministries. After PMKVY, DDUGKY (Deen Dayal Upadhyaya Grameen Kaushalya Yojana) under the National Rural Livelihood Mission is another flagship skilling scheme, but with a much smaller budget — the spending on this scheme has been below Rs 100 crore over the past few years.

While there is a focus on increasing job opportunities for young people by incentivising investments in industry and new enterprises, data suggests that the increase in jobs has not kept pace with the growth of the economy. The Union budget’s focus on employment programmes — specifically those that match young people to opportunities is also very narrow, and most programmes tasked with enabling employment have seen limited success.

Another concern with budgetary priorities is the lack of focus on other areas that affect young people. For instance, the focus on sports and sports infrastructure remains weak and despite the fact that mental health concerns continue to affect young adults in India, an issue that has gained greater prominence during the pandemic, there is no large-scale focused programme to address this problem. The only outlay towards mental health is in the form of disbursals to autonomous institutes such as the National Institute of Mental Health and Neuroscience, Bangalore. In fact, the total outlay towards such autonomous institutes in the 2020-21 budget is only Rs 488 crore. This too, and understandably so, is not focused on the youth.

If anything, the pandemic has highlighted the need to build the resilience of the youth and to place their concerns at the centre stage of policy discussions.

India is one of the youngest countries in the world and if we wish to leverage the power of this young population, and support it through the pressures of the pandemic, there needs to be a strong and concerted effort towards youth-focused interventions. Though there are a wide variety of schemes and initiatives in the government’s policy arsenal, a strong focus on the youth seems to be missing. The allocations specifically meant for youth are concentrated in areas of education and employment, with not enough focus on other critical areas such as mental health or leadership. But even where we do spend on youth, our allocations pale in comparison to the size of this demographic. The upcoming budget is a small window of opportunity to bring focus to this segment and to bridge the chasm that has crept in in terms of access to opportunity due to the pandemic.