Seven way to bring women back to the labour force, provide livelihood and income security, and increase women’s agency in cities

With localised restrictions in 34 states and union territories, the second wave of the coronavirus pandemic has effectively led to a national lockdown, yet again. Data from the Centre for Monitoring Indian Economy (CMIE) suggests that the urban unemployment rate neared 12 percent in the week leading up to May 9, 2021—up from 9.5 percent in the week ending April 25. In April 2021, India’s labour force participation rate fell to 39.9 percent. This is the third consecutive month for which it has fallen and is the lowest since May 2020. Experience from the past year, when the urban unemployment rate shot up to nearly 25 percent in April 2020, puts the precarious nature of urban employment into sharp focus. This is particularly so for informal workers, nearly 80 percent of whom lost their livelihoods during April and May 2020, as per the State of Working India 2021 report. The economic shock due to the second wave might further worsen the unemployment crisis. 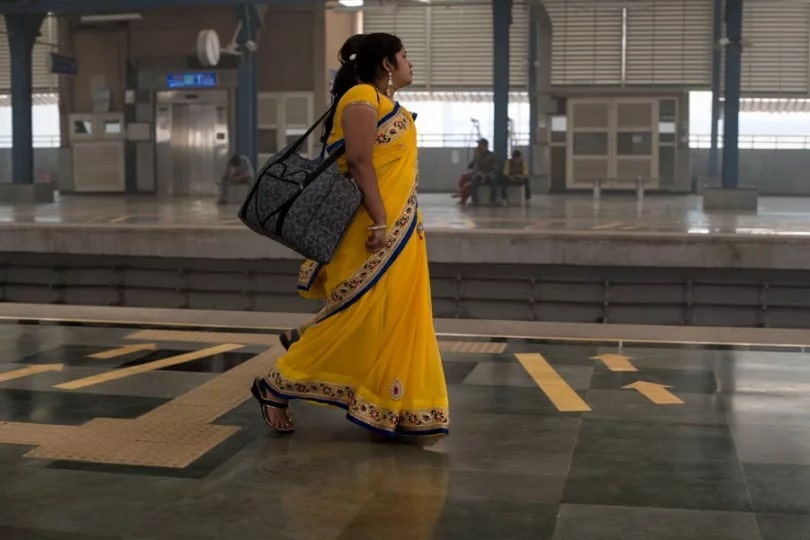 Women were disproportionately impacted by the economic shock of the pandemic last year, as COVID-19 guidelines prevented work in sectors like construction, beauty and wellness, domestic work, sex work, among others. Estimates suggest that nearly 70 percent of women in the working population in December 2019 had lost their jobs by April 2020, compared to 35 percent of men. The State of Working India 2021 report also states that 90 percent of men employed in late 2019 were employed in late 2020 as well, whereas the corresponding figure for women was only 50 percent. The second wave may also affect the female labour force participation rate, which was already down to seven percent in urban areas by November 2020, even as female enrolment has improved at all levels of education.

The livelihood insecurity of urban workers led to discussions on a centrally sponsored urban employment scheme (though these fizzled out due to an apparent financial crunch). Instead, 2020 saw three new state-level urban employment schemes (in Odisha, Himachal Pradesh, and Jharkhand) and continued budget allocations for two existing ones (in Kerala and West Bengal). Additionally, Madhya Pradesh is running a similar scheme with a limited scope, the Yuva Swabhiman Yojana, which is available to those aged 21-30 years. Tamil Nadu too is considering such a scheme, as we learn from the Finance Minister’s recent budget speech.

It is vital that such schemes be designed to bring women back to the labour force, provide livelihood and income security, and increase women’s agency. An analysis of the existing schemes provides us with seven key design principles to improve the gender-responsiveness of urban employment guarantee schemes (UEGS).

Evaluating existing urban employment schemes
Of the existing schemes, the ones in Kerala, Himachal Pradesh, and Jharkhand are structured as a guarantee with unemployment allowances, while West Bengal and Odisha offer work when available. There are three similarities in how these schemes are designed:

Kerala was the first state to provide 100 person-days of guaranteed wage employment through the Ayyankali Urban Employment Guarantee Scheme (AUEGS)—which was launched in 2011. The scheme guidelines require ULBs in Kerala to prioritise women, such that they comprise at least 50 percent of the beneficiaries under the scheme. As a result, over the past decade, nearly 90 percent of the job-card holders are women, many of whom are also members of neighbourhood groups under the Kudambashree Mission.

In FY 2020-21, the scheme was allocated a budget of INR 75 crore. In this period, 89,160 households, and 81,958 women received employment under the scheme. This suggests a healthy uptake for the scheme by women. For FY 2021-22, an increased amount of INR 100 crore has been earmarked by the Kerala government—an indicator of the scheme’s sustained relevance.

Odisha adopted an Urban Wage Employment Initiative in April 2020, initially up to September 2020, and later extended till March 2021. Work allocation depended on the availability of work in labour-intensive projects in 114 ULBs in the state. In doing so, Odisha was able to provide 13 lakh person-days of work by December 2020. Seeing the positive reception to the scheme, the state government decided to re-christen the scheme as the Mukhyamantri Karma Tatpara Abhiyan (MUKTA) to continue it in FY 2021-22, earmarking INR 200 crores for the scheme. Reports suggest that nearly 3.5 lakh workers have benefitted from the scheme, with women apparently making up about 40 percent of the beneficiaries. State officials are also looking to target women through urban self-help groups, informal workers associations, among others—a welcome step to leverage the networks shared by women.

In May 2020, Himachal Pradesh began the implementation of the Mukhya Mantri Shahri Aajeevika Guarantee Yojana, which guaranteed 120 days of wage employment to unskilled workers. The government also aims to impart skills training to beneficiaries, in partnership with the Deendayal Antyodaya Yojana-National Urban Livelihoods Mission (DAY-NULM), to enable workers to create other work opportunities. Though the scheme design does not explicitly prioritise women, nearly 72 percent of applications approved under the scheme are by females.

Lastly, in September 2020, the Jharkhand government initiated the Mukhyamantri Shramik Yojana, guaranteeing 100 person-days of unskilled work. This scheme has received INR 10 crores in the Budget 2021-22. The state received a significant number of migrant returnees in the summer of 2020, which spurred the government to this action. Even though the government sought to target five lakh urban poor through the scheme, the actual uptake has been less than impressive. A report from December 2020 mentions that only 474 workers out of approximately 15,000 approved applicants, had availed of work. The reasons for the muted enthusiasm are unclear, though state officials have been quoted saying that the menial nature of work on offer may be unattractive to the workers.

1. Providing quality jobs appropriate for women
The quality and nature of work should be in line with local demographics and the aspirations and skills of women. For example, the convergence of the Kerala scheme with the Pradhan Mantri Awas Yojana (Urban) has been noted to improve women’s participation in the scheme as well as better fund utilisation by ULBs. Likewise, in places where women have attained high levels of education but are unable to find gainful employment, the scheme should include skilled work in its ambit.

2. Ensuring geographical proximity to the place of residence
Jobs need to be located close to where women workers reside. Distance from the place of work often becomes a barrier for women due to concerns of safety, time spent travelling, and poor connectivity of public transport. Therefore it is important that UEGS jobs are spread across the city for women to easily access work.

4. Providing flexible work arrangements
Women must be given flexibility in timings such that it allows them to juggle wage work with their unpaid work. A gig work model where payment is made on the completion of a task rather than on a per-day basis could be considered.

5. Creating an inclusive administrative system
The procedures to apply, avail work, and change personal details should be inclusive in nature. Online portal-based registration systems, as in the case of Jharkhand and Himachal Pradesh, may be exclusionary due to low internet access and digital literacy among women.

6. Building awareness via relevant platforms
Awareness measures should account for sources through which women receive information. ULBs can tap Aanganwadi networks, urban self-help groups (SHGs), slum development community associations, among others, and rely on offline modes apart from multimedia campaigns to reach out to potential beneficiaries.

7. Collecting gender-disaggregated data
It is extremely critical that gender disaggregated data be collected from the time states begin to implement their schemes. Currently, of the four states discussed above, only Kerala and Himachal Pradesh publicly publish such data, and even that is not granular in nature. Collected data should also note trends regarding choice of jobs, usual times of the year when women access these jobs, education levels of women opting for the scheme, and so on. This data can potentially inform the future design of these schemes and suggest corrective action where required.

There are other suggestions to enhance the impact of UEGS on women. States may also look to converge their schemes with the DAY-NULM, to tap into urban SHG networks, and to supply labour for community projects such as those under AMRUT, Swachh Bharat Mission Urban, among others. Economist and activist Jean Drèze, through a modification to his DUET proposal, states that women be given preference over men whenever work is available. Women can also be put in charge of placement agencies that facilitate work allocation.

Apart from these, policymakers need to reimagine Indian cities to make them more women-friendly, which has a direct correlation in their ability to work. Substantial investments need to be made in creating adequate child-care facilities to free up women’s time. Similarly, cities need to make large-scale investments in improving last mile connectivity and other provisions to improve safety and accessibility of public transport for women. These long-term initiatives need to go hand in hand with a UEGS for women to be able to access more jobs.

An improvement in the female labour force participation rate is known to have a significant multiplier effect on the well-being and development of women and their families and is an accepted policy goal. A gender-responsive UEGS is a unique opportunity to move closer to this goal.