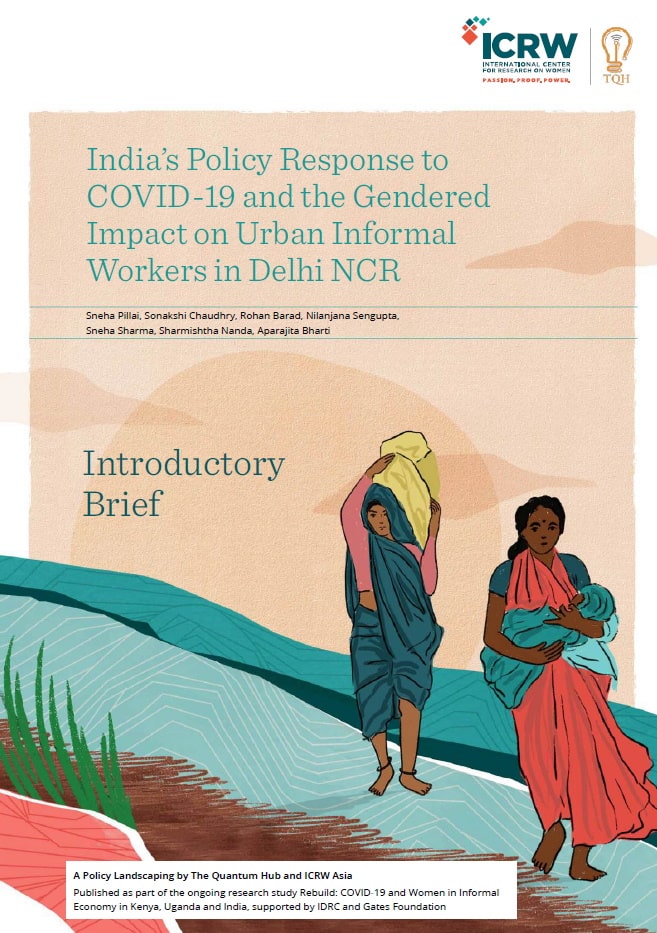 A year into the pandemic, its devastating impacts have disrupted social and economic infrastructure and have further marginalized millions of people. In many ways, the epicentre of the pandemic was felt among the urban informal workers in the country, particularly women. Already existing at the edge of precarity with respect to livelihood, social security, and shelter – all of which lay on the spectrum of informality – the humanitarian crisis brought about by the pandemic further widened the fault lines of their pre-existing social and economic vulnerabilities. As the government urged people to stay at home and the economic cogwheels of the country came to a grinding halt, India witnessed one of the worst recessions since independence, with the economy shrinking by a historic 7.3% in the first year of COVID. Overnight, urban informal workers across the country lost their jobs and incomes.

As a result of the loss in livelihood and income, it is estimated that about 400 million people, working in the informal economy in India, were at the “risk of falling deeper into poverty”. During this period, the number of people living below the minimum wage threshold of Rs. 375 per day had increased by 230 million. In addition, with the rise in COVID infections, urban informal settlements with their tightly spaced living conditions and poor sanitation were at the heightened risk of becoming a tinderbox for infection, thus making it unviable for large groups of migrant workers to stay in the cities. However, to arrest the spread of infection, the government placed heavy restrictions on mobility, including border restrictions across state lines and the suspension of public transport. As a result, thousands of migrant informal workers were left with no choice but to walk hundreds of kilometres to reach their hometowns, away from the cities where they were no longer able to afford food and rent.

While the impact of the pandemic was universal, several studies have observed that this was felt more harshly among women who were caught at the intersection of traditional gender norms, COVID-19 induced socio-economic challenges, and the general precarity associated with the informal sector. Not only were the total job losses higher among women (especially urban women), they also experienced an increased burden of care work during this period. Reports have also observed that violence against women and girls, particularly domestic violence, intensified during the lockdowns, leading to a ‘Shadow Pandemic’.

When tracing the progress of policies for informal workers, it is evident that the crisis began long before COVID-19 hit the country. The heightened challenges that women informal workers have been facing during the pandemic are thus an extension of their earlier precarious state. As a result, despite several relief measures announced by the government, many households had to reportedly cope by cutting down on their food intake, selling assets, borrowing money, or returning to their villages where they had some socio-economic support. 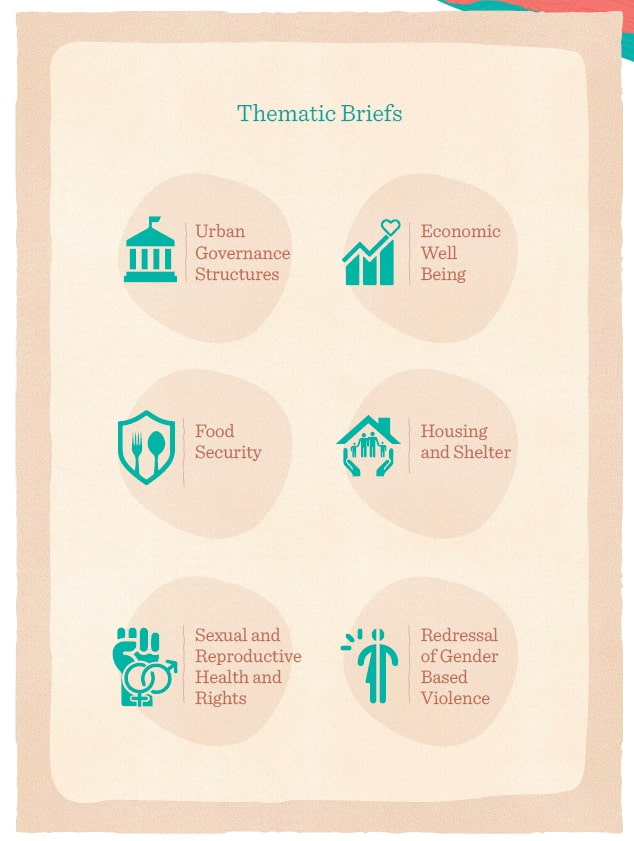 While several studies have been conducted on how workers can be best supported during such periods, there are gaps in existing data and research around the subject of women informal workers. This study hopes to fill those gaps and bridge the distance between research on pre-pandemic vulnerabilities, and institutional policy responses through the course of COVID-19 by looking at such workers in the context of the Delhi National Capital Region (NCR). In the absence of clear policy safeguards, the report also delves into informal channels and actors that organized during the pandemic and how similar such interventions can be supported.